Thank you for contacting us! If needed, you will hear back within 48-72 hours.

Born in Santa Barbara, California, Carol Shadford now resides in New York City. After completing a BFA at the The Cooper Union School of Art in New York, and the Villa Arson in France, she received an MFA from Hunter College, New York. In addition, she studied at the Ecole National Supérieur des Beaux Arts for one year as part of her MFA. She currently teaches at Parsons The New School of Design, New York.

She has been a fellow at The MacDowell Colony, Yaddo, The Camargo Foundation, The VCCA, The Vermont Studio Center, and The AIM Residency at The Bronx Museum

Her artwork has won numerous fellowships and awards including a grant from The National Endowment for the Arts and Arts International for a solo exhibition in Helsinki, Finland. She has participated in group exhibitions, including venues such as: The Brooklyn Museum of Art, The Bronx Museum of Art, Joyce Goldstein Gallery, Junto, the Williamsburg Art and Historical Society, Cynthia Broan Gallery, as well as exhibitions in San Francisco; Greenboro, North Carolina; Poughkeepsie, New York; Vienna; London; Rheinbeck, New York, and more. Shadford's work as been feature and reviewed in publications such as The New York Times, Art Review, New Observations, the Helsingin Sanomat and TAIDE Konttidskrift/Art Magazine 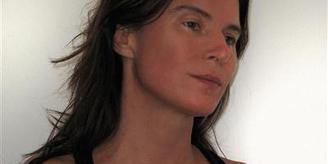